I am part of the dominant, white, male culture of Western Australia and I want to embrace Aboriginal culture and identity. My aim is to write to reduce the great Australian silence about the historical crimes of European colonisation, which  resulted from the clash of cultures here. I believe I won’t be able to dream for the future if I don’t understand our shared past. My problem is, how do I portray Aboriginal culture without cultural appropriation? How do I embrace aboriginal culture without being a scumbag?

Lexico says that cultural appropriation is the unacknowledged or inappropriate adoption of the customs, practices, ideas, etc. of another society. People perpetuating cultural appropriation are typically more dominant. I think this means I’d be a scumbag if I embraced Aboriginal culture without respecting and including aboriginal people.

One of the people in an Aboriginal culture and identity tour group asked an Aboriginal guide if he ate crocodile. He said, ‘Well, the crocodile tastes good, but he has big teeth and moves real fast. Whereas the wallaby has less teeth and doesn’t move as quick, but they don’t taste that good. So, I go to Coles.

I love this cheeky irreverence. If Aboriginal people gave lessons in cheeky irreverence, I’d do the training, like a shot. I would be proud to embrace this Aboriginal culture and identity. Our “larrikins in khaki”, were good at cheeky irreverence. A more current example from white culture is my sister. She was great at using cheery irreverence to get children to do their music practice and got more people supporting the arts. This made her a great music teacher. If she’d been given a chance, I believe she could even have got politicians to do more than just number shuffling with things like global warming.

My sister’s cheeky irreverence couldn’t cure cancer though, so we lost her. To honour her memory, I now try to display her cheeky irreverence and remind myself that showing anger with how mad our world is becoming. is as futile as punching a tar baby.

I am a writer. My joy of writing comes from being able to write from someone else’s perspective. This must be like how an actor inhabits the character they are playing. I like to develop the empathy and understanding needed to do this. To play my part in bringing Australians together, I want to write about my culture’s appalling crimes from someone impartial, but who in this mess, could be impartial?

Telling stories of my culture’s history would be impartial from the point of view an embodiment of Death. I’m inspired by Markus Zusak’swonderful work “The Book Thief”. I love this book, so getting death to narrate a story, worked for Markus. Death could narrate the story to provide a more balance telling than I could.

Inhabiting a character like death may seem strange if you haven’t done it.  I can’t escape my mind and will still filter the narration through my view of the world, but being a writer is about learning how to let characters drive a story.

Aboriginal culture has managed to survive the abhorrent treatment that my culture dishes out. This means that there must be uplifting stories out there. I hope my characterisation of death has more luck in finding stories such as in “Capricornia” and “Rabbit-Proof Fence” than I have.

Wadjela and Aboriginal people have shared a history of colonisation. Aboriginal people suffered under foul practices such as forced removal of their children. European colonisation showed no respect for Aboriginal communities and their culture. Aboriginal people have complex kinship systems and rules for social interaction. Across the continent, they have developed a non-hereditary form of government through the elders’ system. This kept Australia free of war and most other conflicts better than the current European style democracy has. They curated the land with knowledge and respect for the environment, white settlers did not show.

In 1834, there was a massacre of the Binjareb tribe near Pinjarra. It was considered to be perfectly legal because it was planned and led by Governor Captain James Stirling and carried out by twenty-five European soldiers and policemen. The Governor even personally supervised the slaughter of the women and children.

I found a newspaper article from the 1870s complaining that some people were treating their dog, worse than you’d treat a Chinaman. This is not made up.

Thirty years later, there was a Royal Commission into Canning’s 1906 survey of the stock route that now bears his name. Despite the Slavery Abolition Act of 1833, the Commission accepted that it was “reasonable” for the survey party to have captured and chained aboriginal men, to force them to work for them. The Commission dismissed allegations that they raped captured Aboriginal women.

The legacy of European colonisation

In 2020 the dominant culture I am a member of is still doing things like encouraging people to boo aboriginal football players for being proud of their culture. We are also complaints about aboriginal people not celebrating Australia Day. My culture has treated people, who are not like us, worse than dogs and figuratively put them in chains to force them to stop complaining and get them to start celebrating how great our dominating culture is! Have I gone too far? Am I ranting already?

I know there are good people and uplifting stories here, but I’ll need to deal with this subject without the shame or defensiveness that I’d have as a member of the dominant culture.

To do my part to bring Australians together, I want to write a novel from the point of view of an Ozzie version of Death, to describe the coming of European colonisation. They would have been here more than sixty thousand years, which is going back to when Aboriginal people were first getting a load of Australia. For me, this means, the character of death will have cheeky irreverence and will embrace as much of Aboriginal culture as I can get away with without becoming a scumbag.

I have already written a short story on the clash between cultures calld “Flying with Galahs“. It is about two youong women finding out about other culture in the Australian bush. 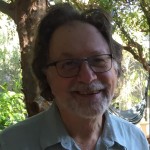